A warm, bright May morning greeted a group of nine of us as we met at Pudding Mill Lane DLR station, on the southern limits of the Queen Elizabeth Olympic Park. Our route, led by John Swindells, would take us into the park, along the Greenway that runs atop the Northern Outfall Sewer and connects Hackney Wick with Beckton, and round part of the River Lea, just below where the Lee Navigation re-joins its course. Stepping out from beneath the station it was soon clear that despite the Olympics’ conclusion five years ago, the park and area beyond is still a work in progress, with various road closures and unfinished works behind fences. With the well documented work on the ecological aspects of the site, it would be interesting to see what had come of the large-scale planting – what had remained and what had found its way back in. Passing under the railway and into the park we were confronted by a bank of greenery that, while potentially planted prior to the Games had certainly many self-sown individuals. Reaching out towards the path, was a patch of Dwarf Elder Sambucus ebulus which prompted a discussion of its aliases ‘Dane’s blood’ or ‘Danewort’ and its association with the sites of Vikings’ battles and Vikings’ deaths (although it is not altogether obvious that any such battles took place in this area of London!). Among the assorted species on this bank, many were particularly large, especially the Fennel Foeniculum vulgaris, while a Wild Cherry (Prunus avium) stood on the top of the bank covered in moth larvae silk. As we walked up the slope leading to the Greenway, the space became more exposed and wisps of pollen from Nettle Urtica dioica could be seen catching the sunlight and the breeze.

Once up on the Greenway, a strong yellow flower caught our attention across the way and collectively the group keyed it out using both floral and vegetative guides. Some discussion ensued as to just how many pairs of lower leaf lobes there were – with Winter-cress Barbarea vulgaris and American Winter-cress Barbarea verna both possibilities. We concluded on the former. The Greenway itself offers broad views of the park, with West Ham’s London Stadium looming immediately to the right (northeast) and the criss-crossing infrastructure to the southeast leading the eye to the famed Bryant and May’s Match Factory in Bow. The straight track of the Greenway offered a number of native and introduced species well suited to this well-drained, gravelly site – Common Toadflax Linaria vulgaris, Wall Speedwell Veronica arvensis and Grey Field-speedwell Veronica polita, Weld Reseda luteola and Annual mercury Mercurialis annua being just some examples. Blue Cornflower Centaurea cyanus had clearly arrived via some seed mix and stood out boldly amongst the otherwise muted colours, while Wild Turnip Brassica rapa ssp. campestris (also known as Bargeman’s Cabbage) attracted an Orange Tip butterfly as we looked at it and prompted  more identification practice.

We stopped for lunch in OS Grid Ref. TQ375838 – assured via a floor plaque describing the location and the significance of an adjacent Ash tree Fraxinus excelsior. Around this tree had been affixed a large steel ring at the level of its branches, engraved with the names of flora and fauna associated with the site, as well as the people and businesses that had occupied this once industrial area. ‘Yellow Iris’, ‘London Curtain Company’, ‘Common Pipistrelle’, ‘Creeping Thistle’ are all testament to a rich and complex history of human and nature cohabitation.

Leaving the Greenway, we spotted Harebells Campanula rotundifolia, instances of Wild Marjoram Origanum vulgare and in an open area bordering the river, Coltsfoot Tussilago farfara, while creeping out from the bricked banks of the river were a couple of Hart’s-tongue ferns Asplenium scolopendrium. By Old Ford Locks Mexican Fleabane Erigeron karvinskianus was gracing the canalside wall. Some discussion and work was required to decide on whether the specimens of Oxalis, growing in a recently mowed patch at the base of a graffiti-covered wall were Pink-sorrel Oxalis articulata or Large-flowered Pink-sorrel Oxalis debilis, with a somewhat inconclusive outcome. Here, crossing the river overhead, is the more visible manifestation of the Northern Outfall Sewer, complete with a plaque dedicated to its creators including Joseph Bazalgette: a piece of engineering that transformed sanitary and material conditions of the city. Rounding back onto the Greenway from the other side revealed another bank of vegetation. This included a couple of species not recorded earlier in the day, including Nipplewort Lapsana communis, and curiously enough Garden Lettuce Lactuca sativa – testament to the produced aspects of the site. An interesting and noteworthy inclusion late in the day was, back on top of the Greenway peeking through a section of broken tile and slate, an example of Rue-leaved Saxifrage Saxifraga tridactylites – one we had not spotted on the way down. After all said and done, the total species count in just this small transect of the Olympic Park (all in TQ3783) amounted to 156. 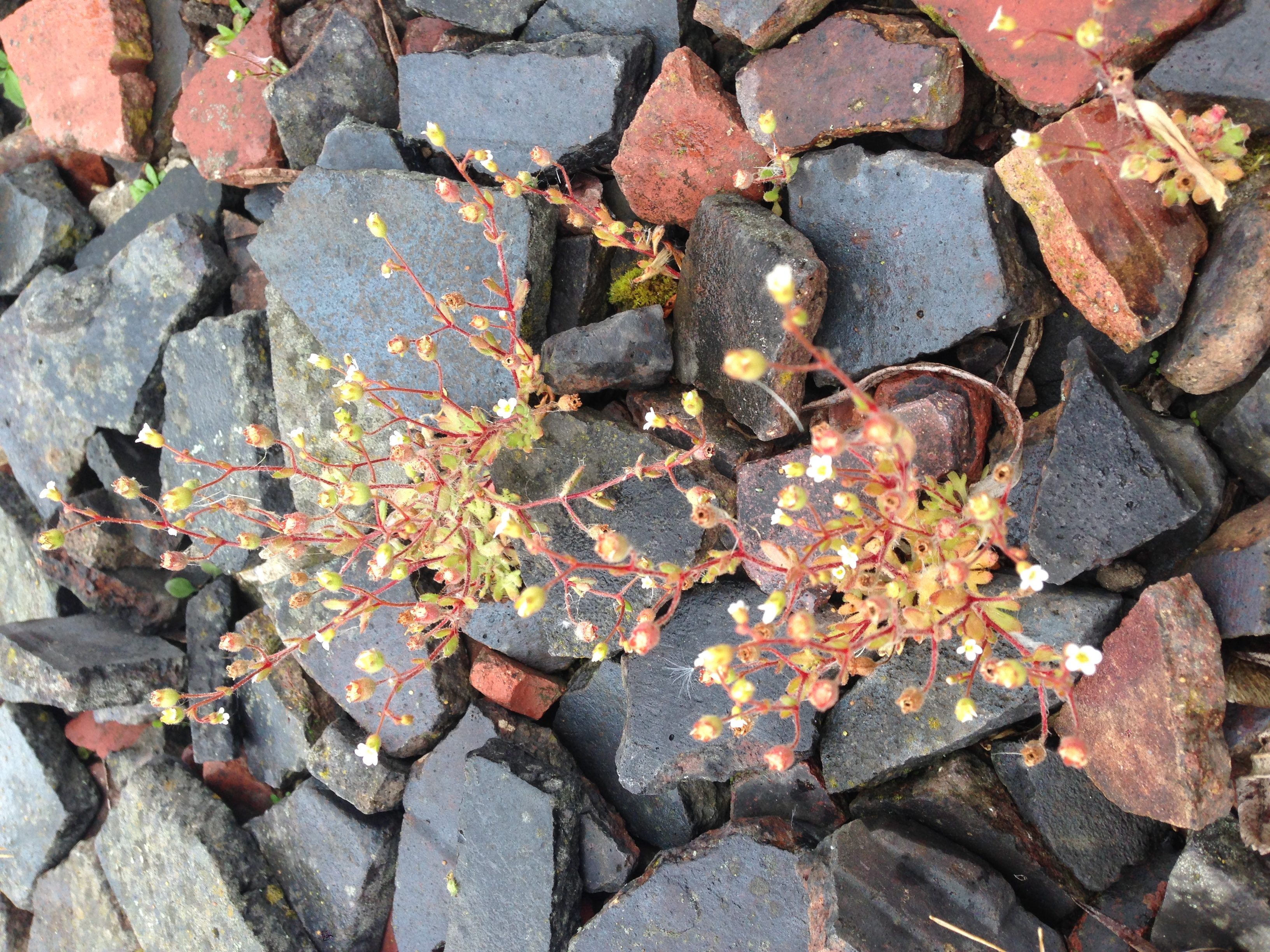 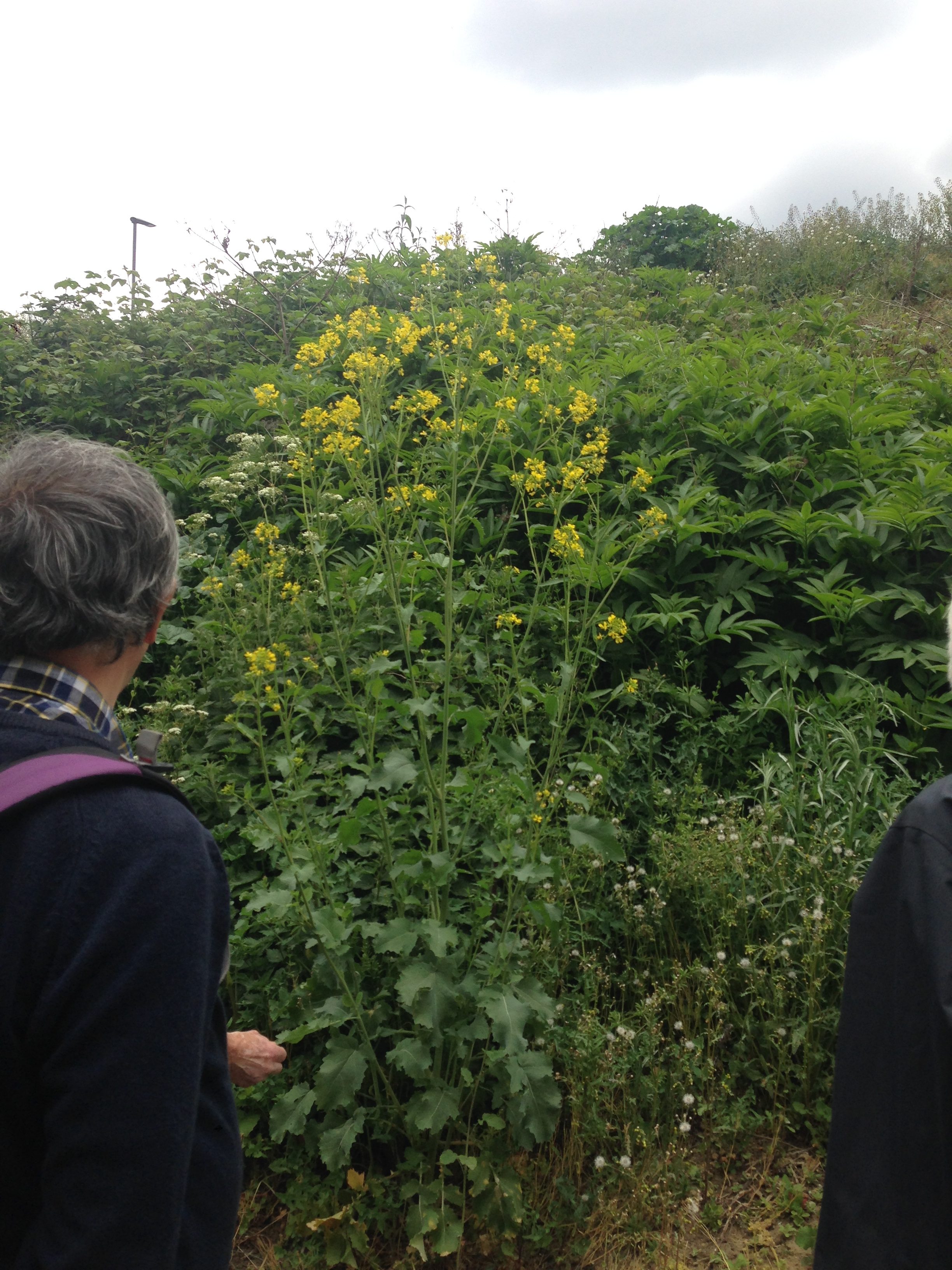 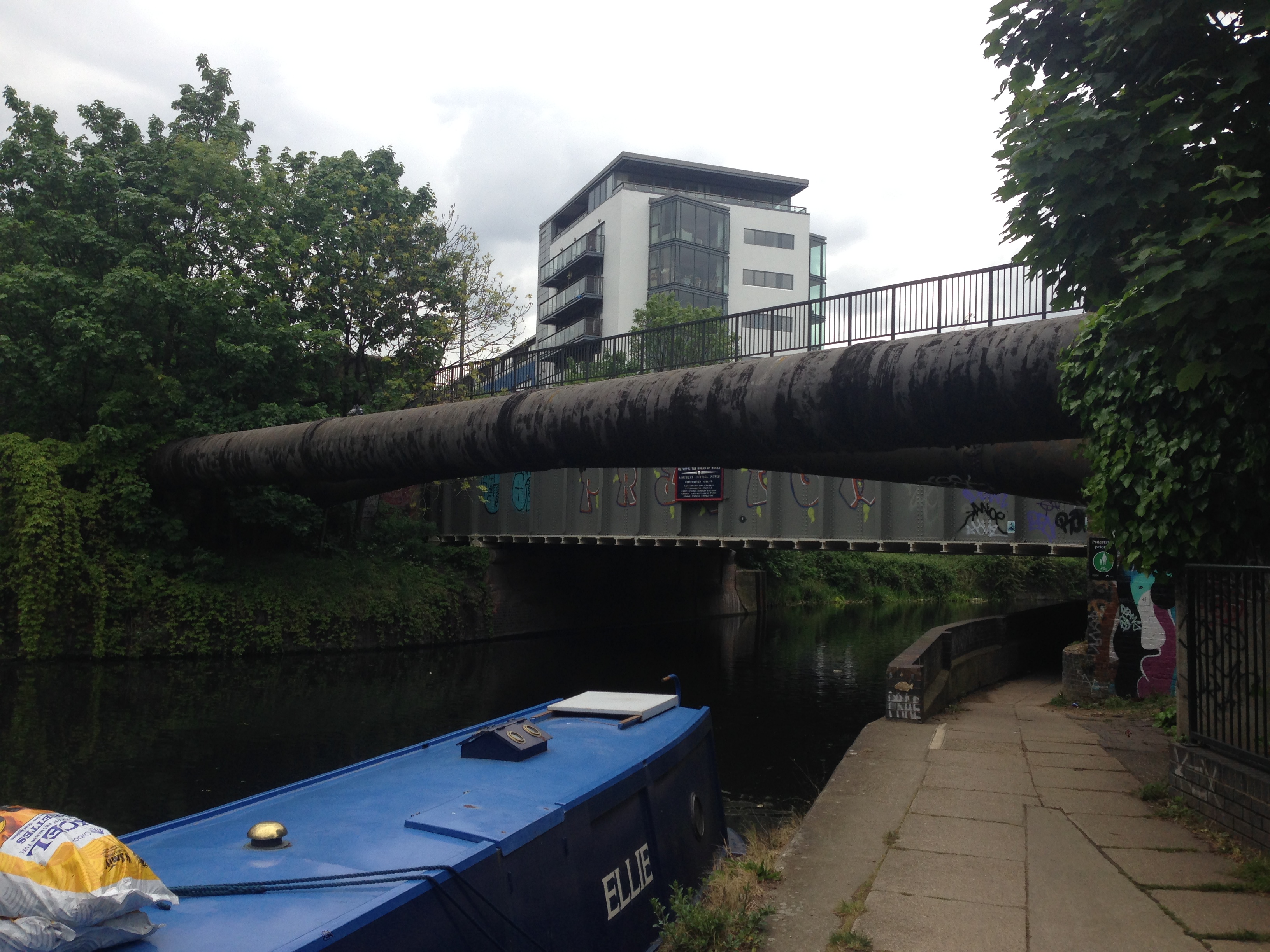 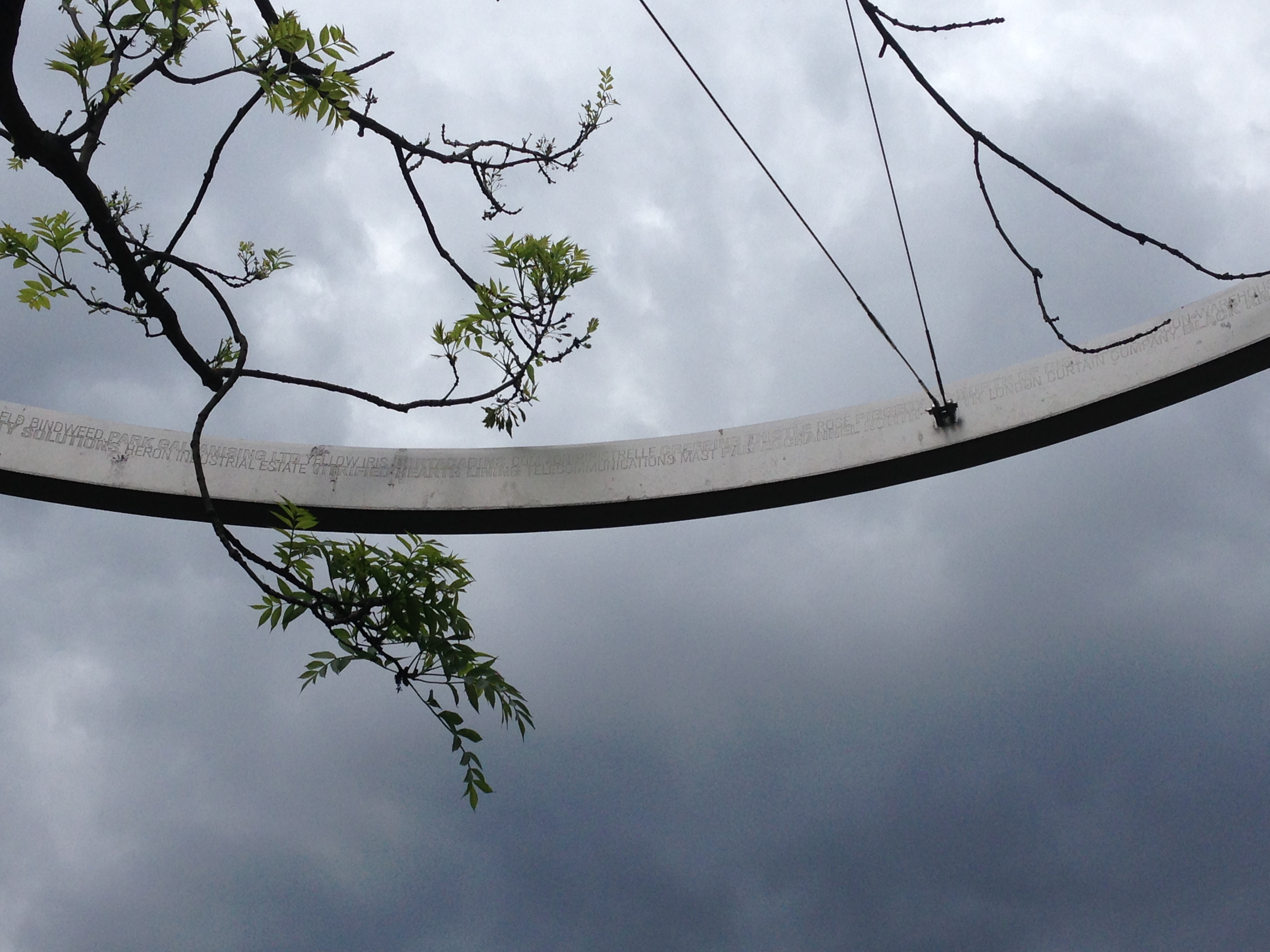 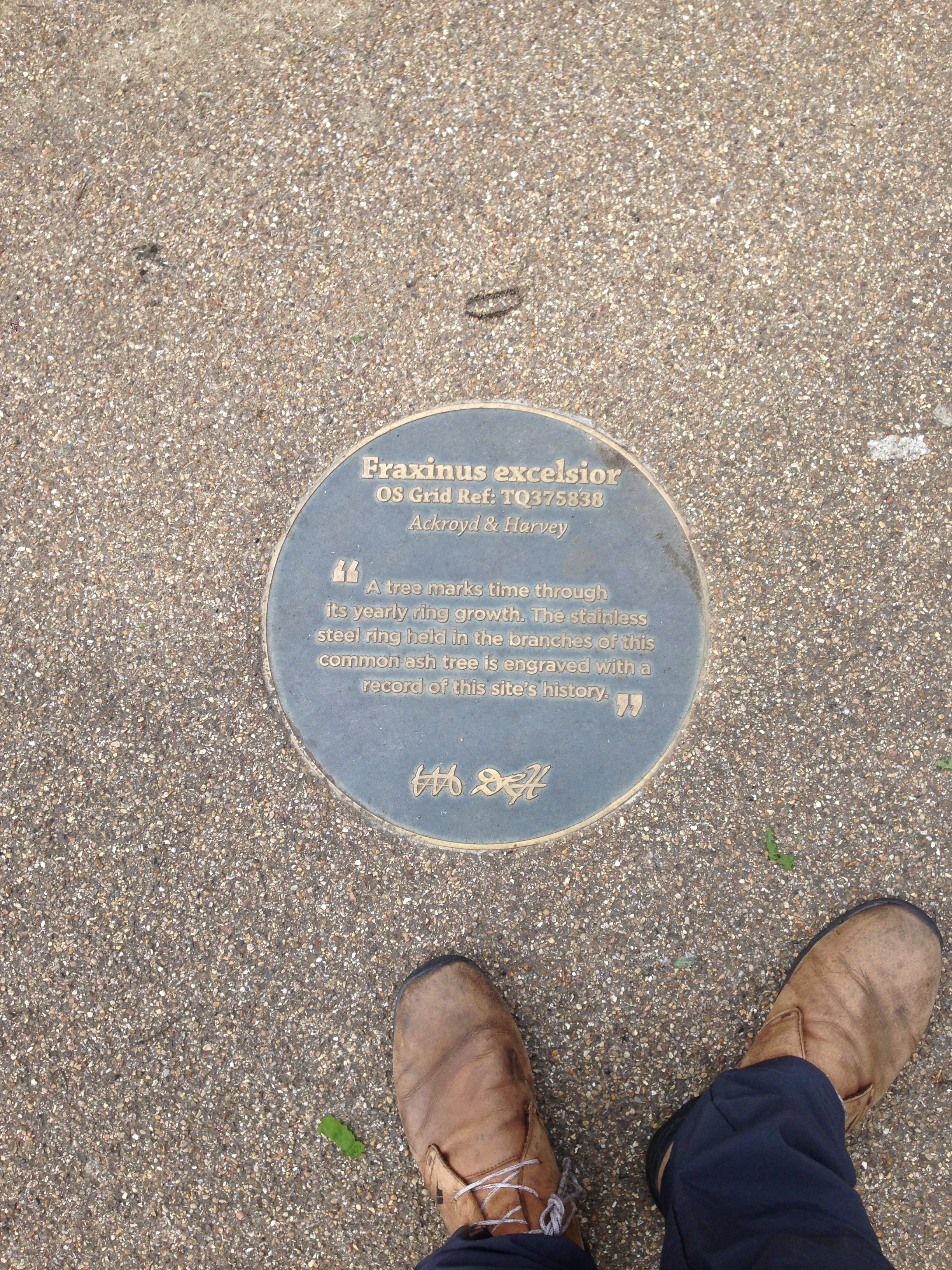 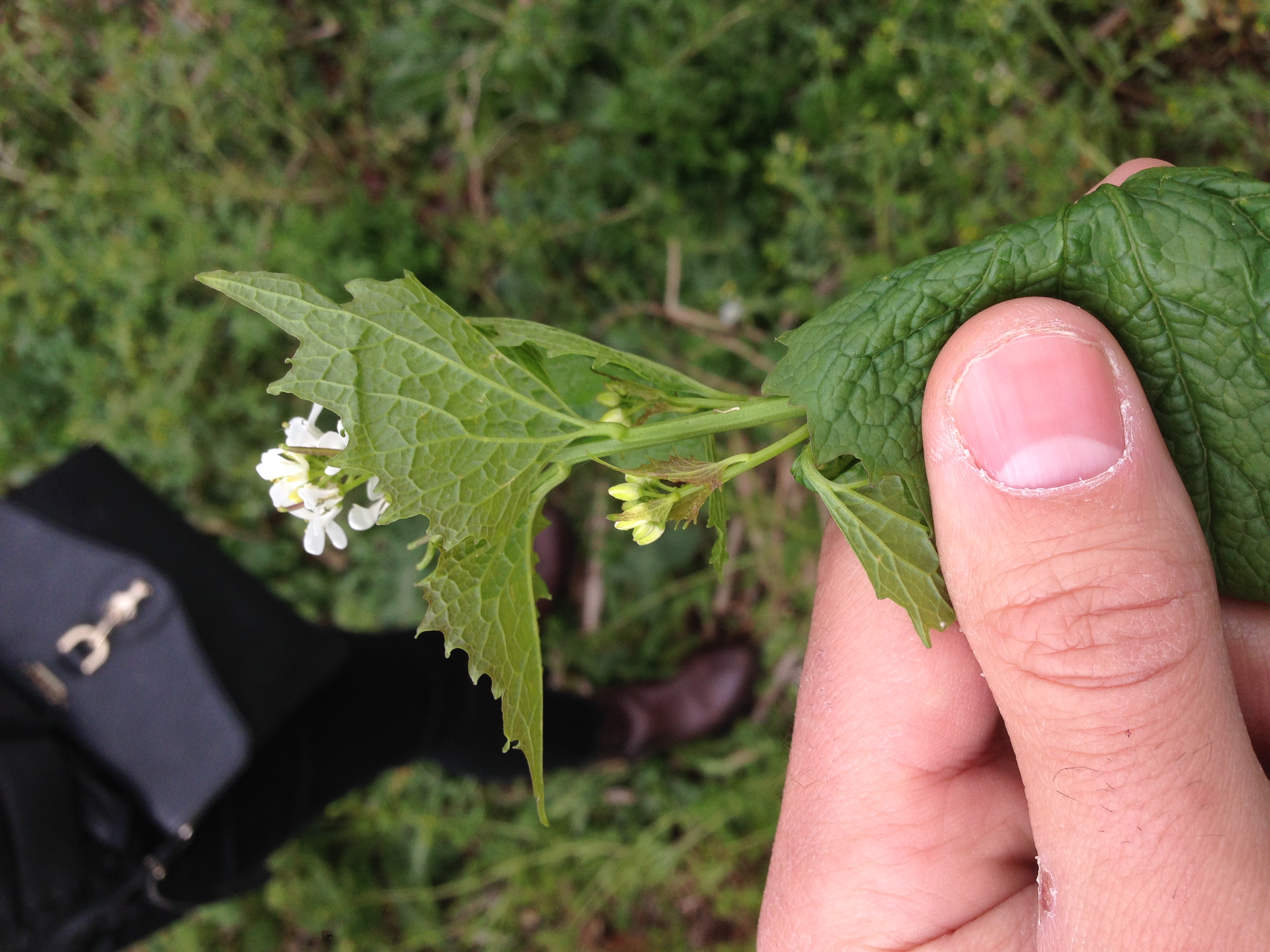 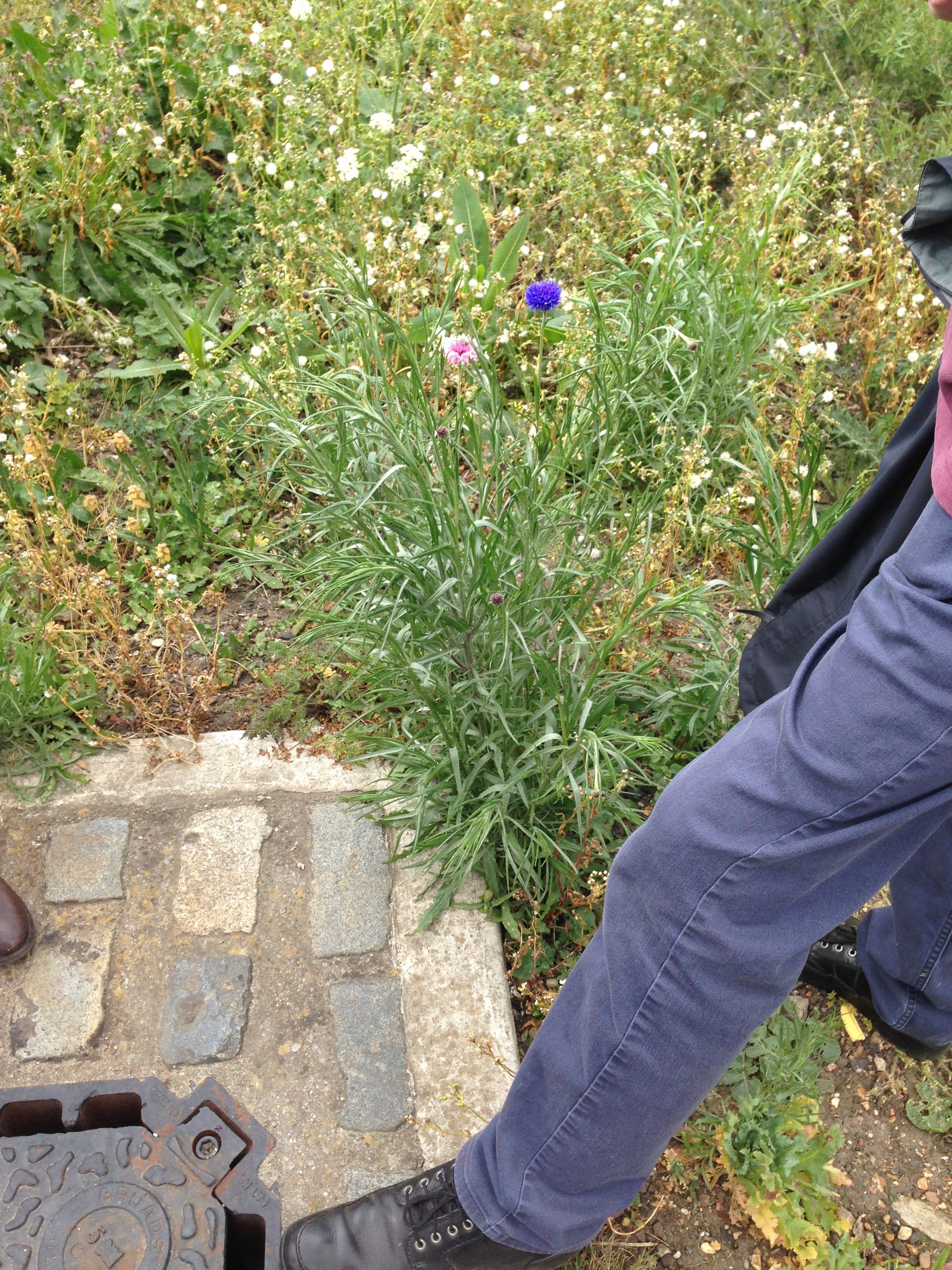 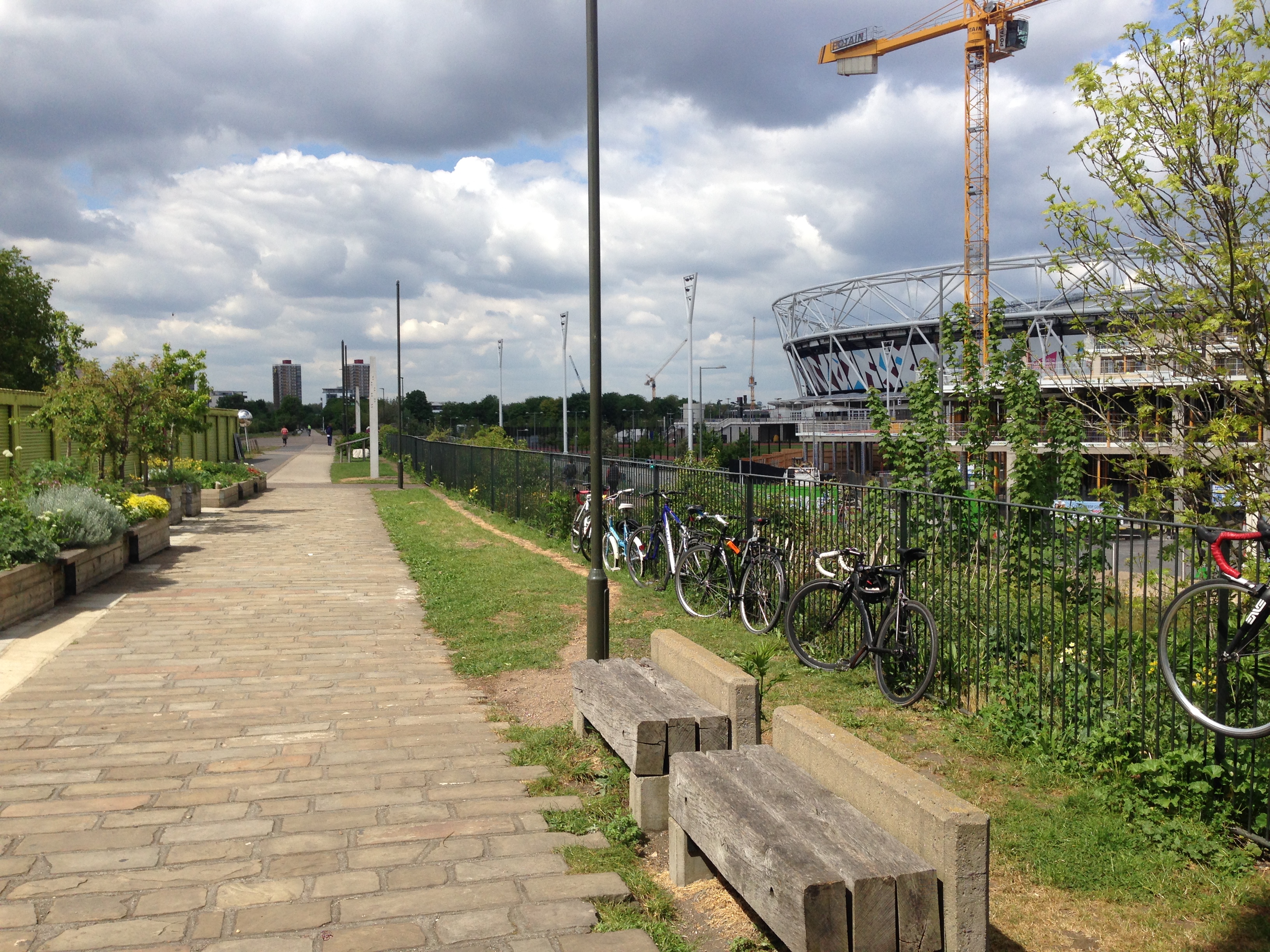