“Geography, for me, is seeing how ideas ground themselves on the landscape.”

This is how Professor Ricky Sanders of Temple University commenced her paper at the 7th Nordic Geographers’ Meeting in Stockholm, Sweden. We were part of the same session, “Visualizing Inequalities. Engaging with (critical) visual methods in Geography”, on the very first day of the conference. Among a diverse and fascinating bunch of papers, dealing with a multitude of ways in which visual methods can be utilised in a geographical research practice, it was her simple yet succinct words that stayed with me throughout the week. 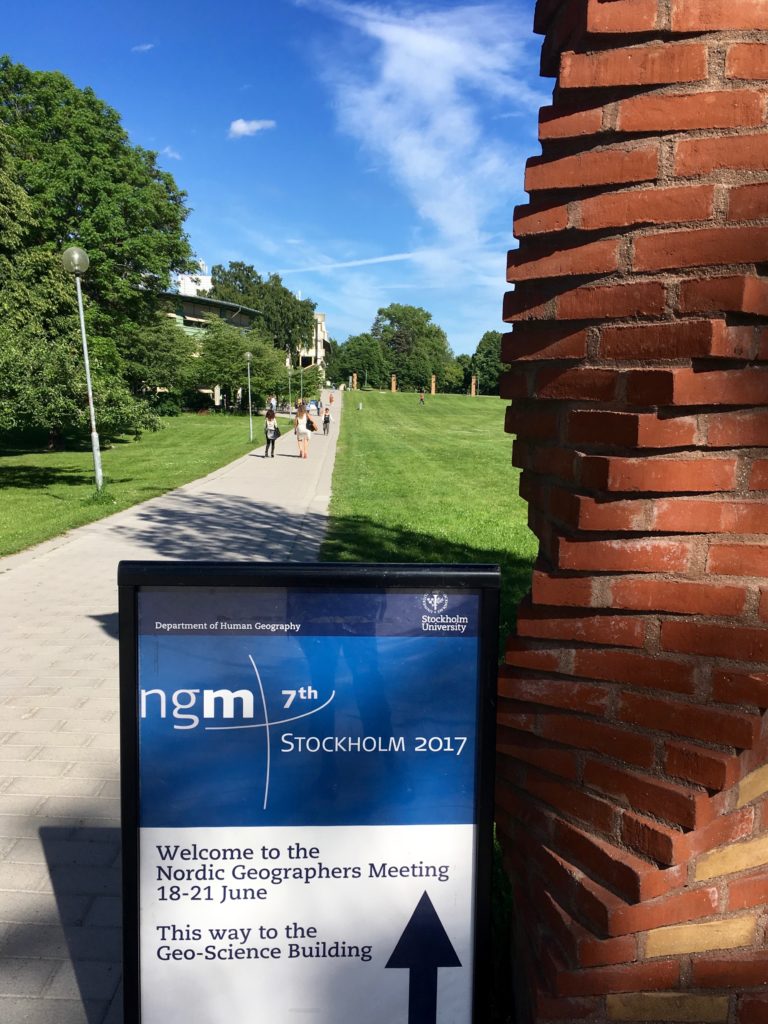 Because, although its name suggests an emphasis on Nordic geography and geographers, the scope of the conference was in fact far wider. Indeed, with the thematic focus being “Geographies of inequalities”, the ‘grounding’ of geographical thought and debate involved not only the physical places defined as landscapes, but also less bounded, more fluid ‘scapes’ in a close-to-Appaduraian sense. Apart from my own session, I listened to wide-ranging contributions on artistic strategies of urban resistance, walking as an ethnographic research method, the all-too-common intersectional biases at university institutions themselves and, of course, the right to urban green space. 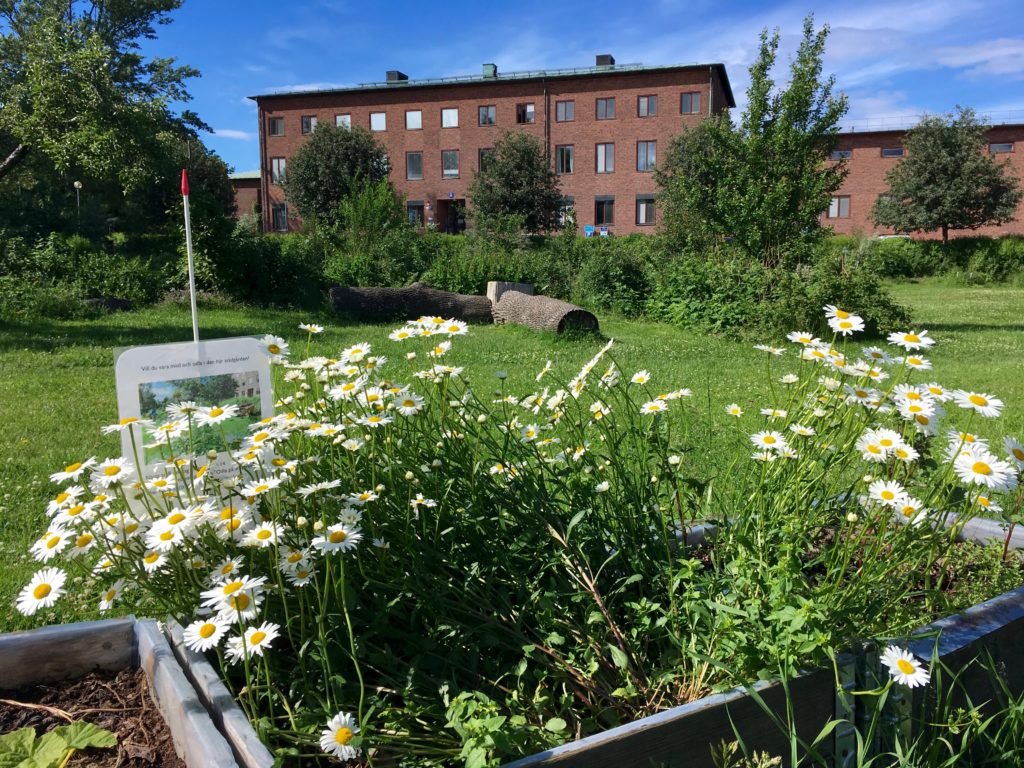 In my own paper, “Picturing multispecies ethnography: exploring human and other-than-human urban inequalities through visual methods”, I drew on my on-going field research on spontaneous urban green spaces in Berlin, Germany. Using the example of the Anita-Berber-Park (formerly known as St. Thomas Friedhof) – an old cemetery, turned wasteland (or Brache), and now recently transformed into an official park – the paper reflected on the possibilities and limitations of utilising a mixed visual methods approach as part of a qualitative and multispecies research practice. My intention was to show how visual methods could help develop and explore ethnographical accounts of a more-than-human nature, at the same time as I wanted to trial some of my preliminary theorisation around human and other-than-human agency and access in contested urban green areas. 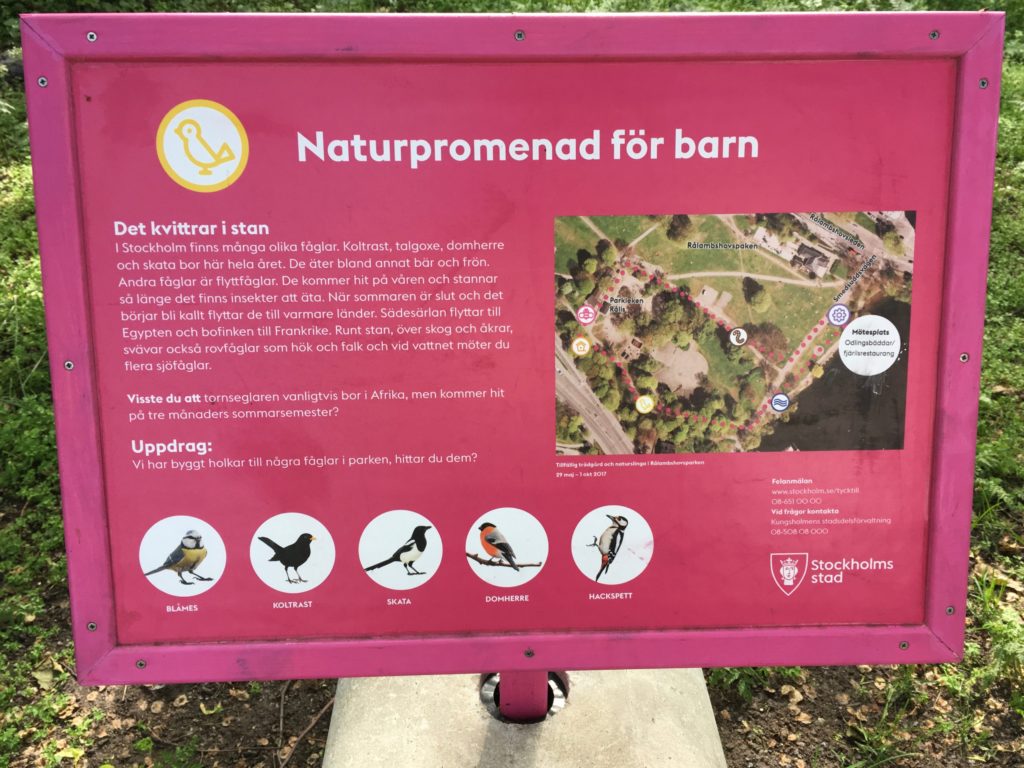 As a backdrop to the conference, the beautiful inner city of Stockholm provided its own illustration of how ideological, political and socio-cultural flows have come to impact the current cityscape: In the Old Town (Gamla Stan), with its winding streets and buildings dating back to the Middle Ages of Hanseatic trade and constant warring with neighbouring states, the ships bringing cruise tourists are now making up the majority of the local trade, radically reshaping and overshadowing what used to be a predominately residential area. In Söder, the old working class neighbourhood south of the Old Town, the contrast between its residents and the more bourgeois boroughs in the north is being increasingly blurred, as the right to live anywhere in the inner city (“innanför tullarna”) has become a matter dependent primarily on socio-economic capital. And all around, the functionalist social housing of the 1930s, 40s and 50s intermingles with newly built, privately-owned apartment blocks, showcasing the neo-liberalisation of the so often revered Swedish welfare state. Furthermore, what is not included in this illustration, are the gigantic social housing projects of the 1960s and 70s, housing placed far away from the inner city, which today have come to bear the brunt of the lacklustre Swedish integration politics. 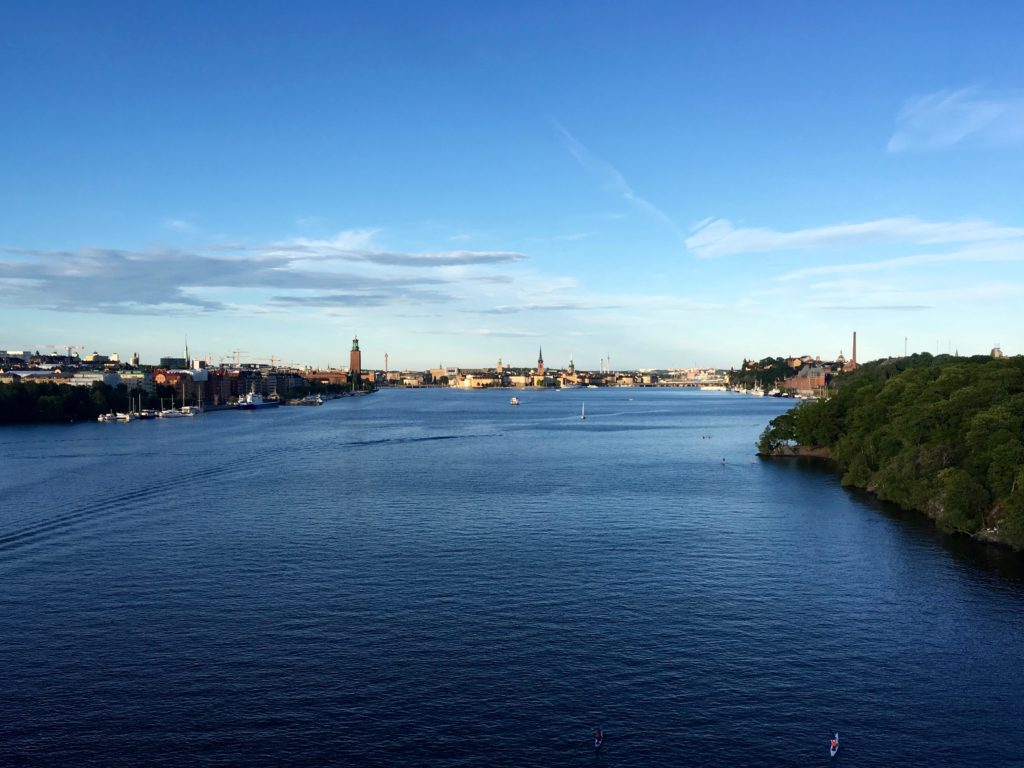 However, in the midst of this cityscape full of contestations, you also find a highly-functioning infrastructure, streets safe enough to walk down no matter your gender or what time of the day it is, and there is an incredible closeness to urban nature, ‘wild’ as well as ‘managed’. The successful endeavour by the municipality to clean up the river Mälaren, has allowed the Stockholmers to swim, kayak, paddleboard and so on, right in the middle of the city and the many and diverse public parks do not only provide a space for a coming together of different social demographics, children’s playgrounds and outdoors exercise, they also encourage their users to engage with the nature of their immediate surrounding. There are urban garden projects popping up all over the city, and plenty of signs recommending “nature walks” (naturpromenader) and giving information of particular animals and plants. In fact, this oftentimes daily public engagement with, and respect for, urban nature highlights how Stockholm’s geography is not only grounded in ideas of urbanisations. It is also shaped by an everyday lived experience where nature has come to play an integrated and inextricable role. 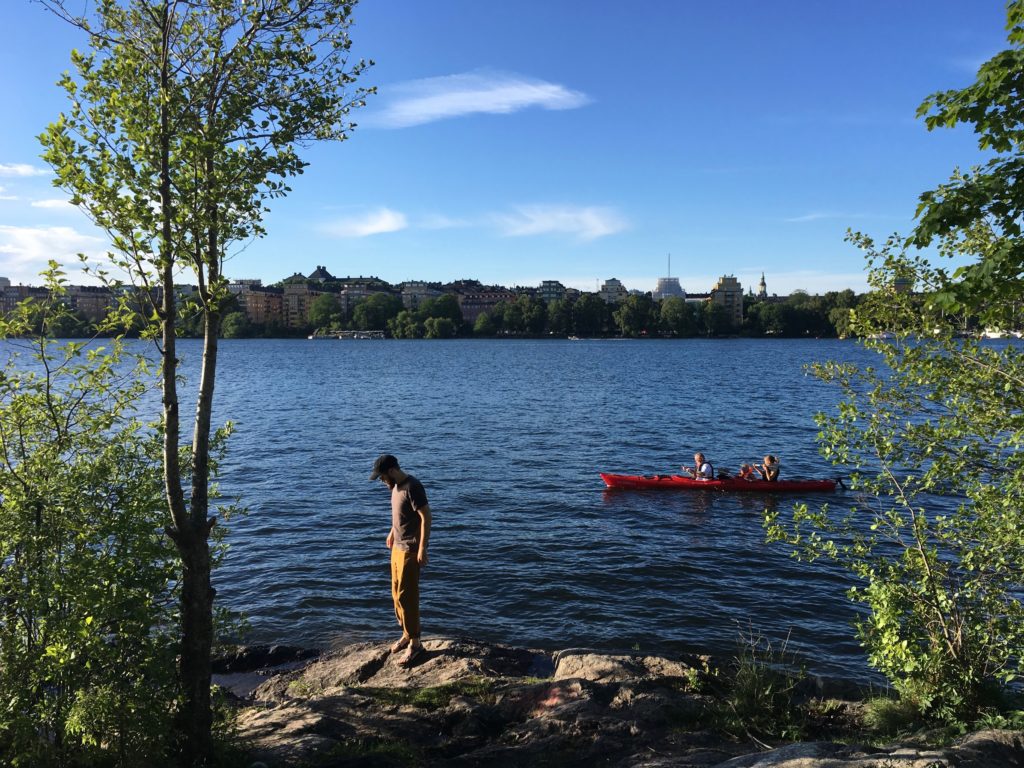