Back in October, our project team visited Tallinn-based post-doc, Maros Krivy, for a walkshop around Tallinn.  We started bright and early at our hotel, walked through the cobblestoned Old Town, then out to Linnahall. 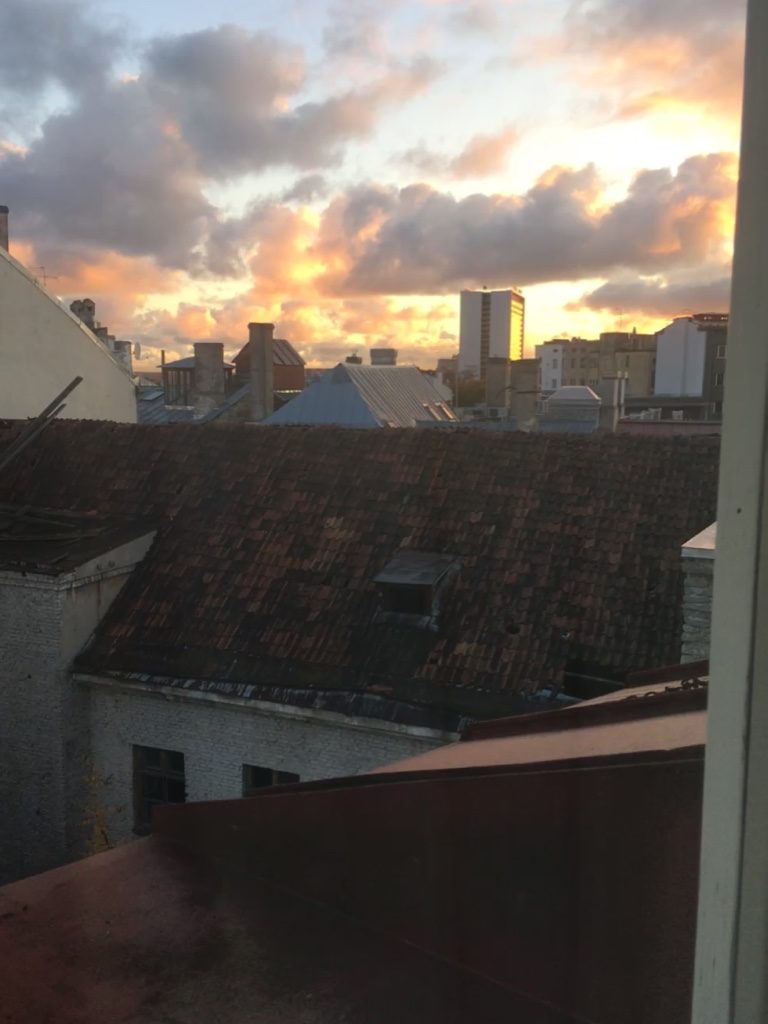 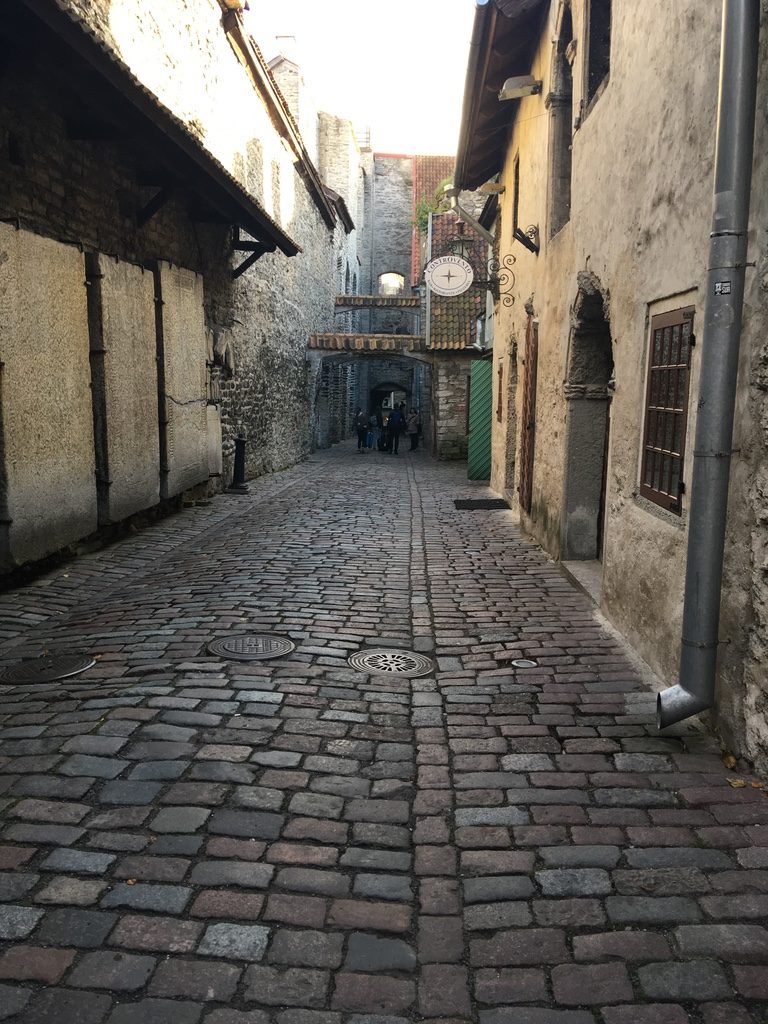 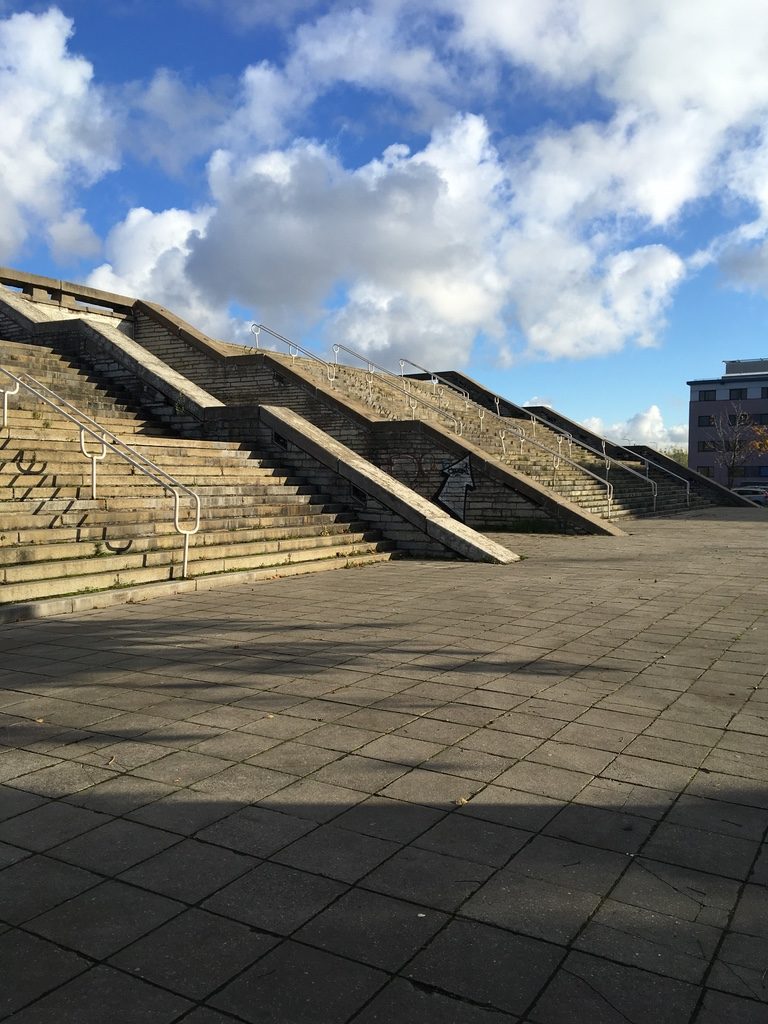 Linnahall, completed in 1980, is a former sports venue and concert hall situated on the harbour. Linnahall was built to accommodate the sailing event for the 1980 Moscow Olympics Games, and was named the V. I. Lenin Palace of Culture and Sport and designed by the architects Raine Karp and Riina Altmäe. Due to underfunding, Linnahall fell into disrepair, but the Tallinn city council plan to renovate Linnahall and it is scheduled to reopen in 2019.  For now, Linnahall is a place where people meet to skateboard, listen to music, read, bbq, and sunbathe in the summer. 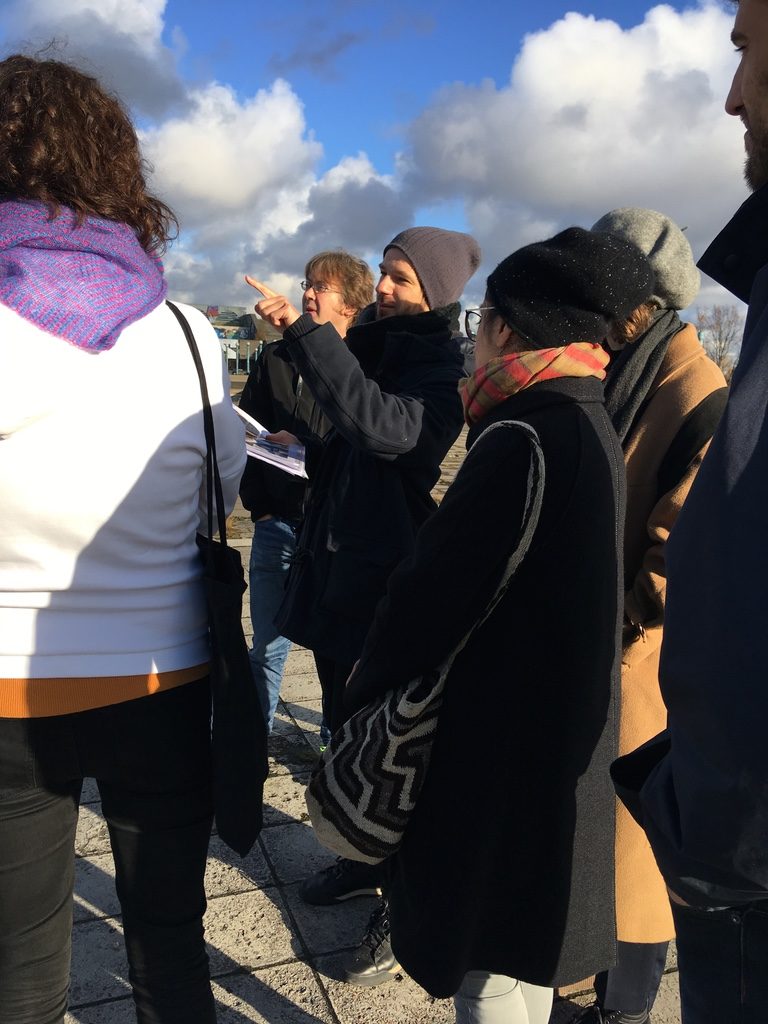 Project Team – Maros Krivy pointing our where the 1979 film ‘Stalker’ directed by Andrei Tarkovsky was filmed. 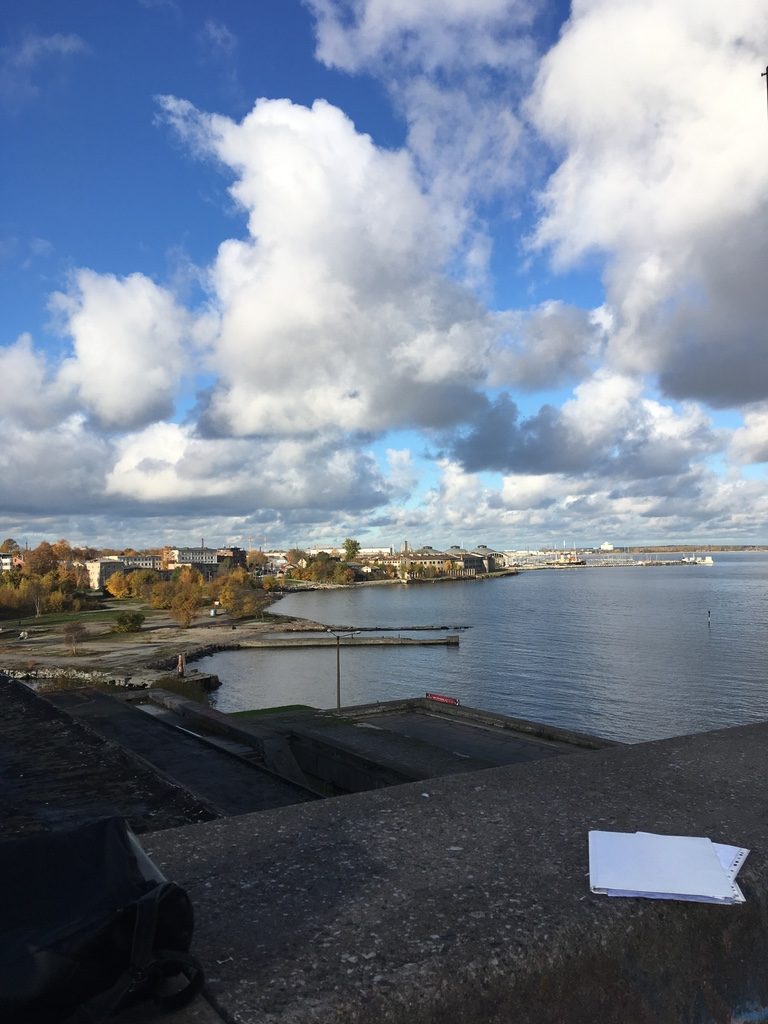 We then ventured over to an area of wasteland in Kalamaja between Linnahall and the abandoned prison building. This area is a small public beach used as a children’s play area, a recreational place to fish, and is frequently used by people to swim in the Baltic Sea. 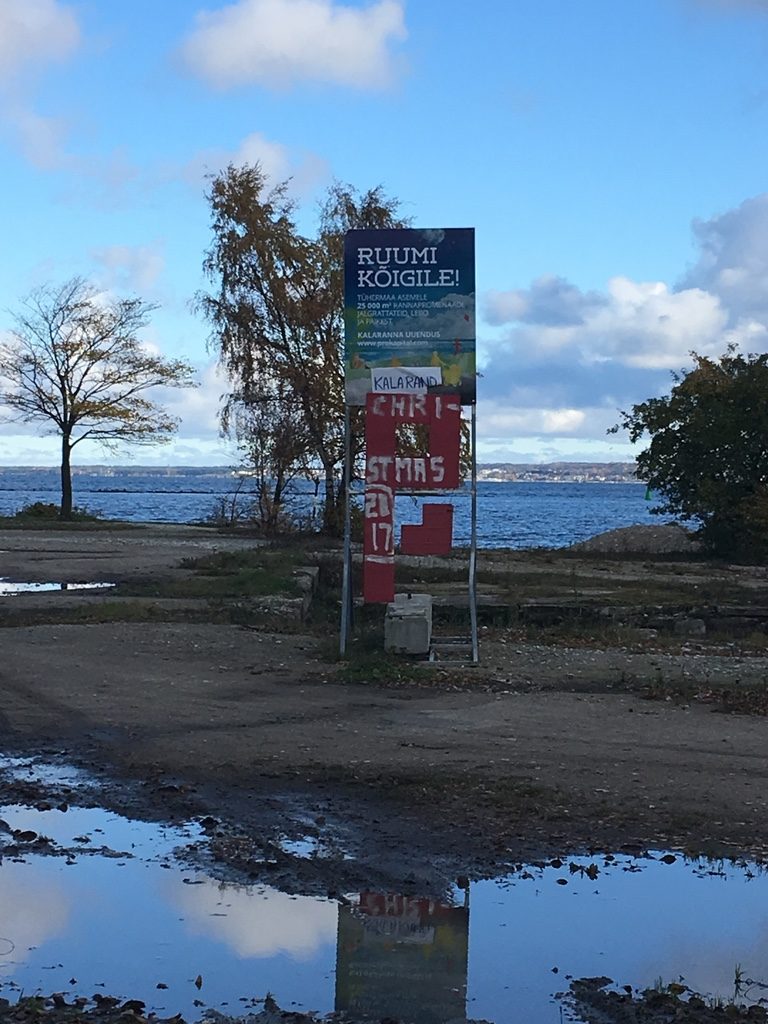 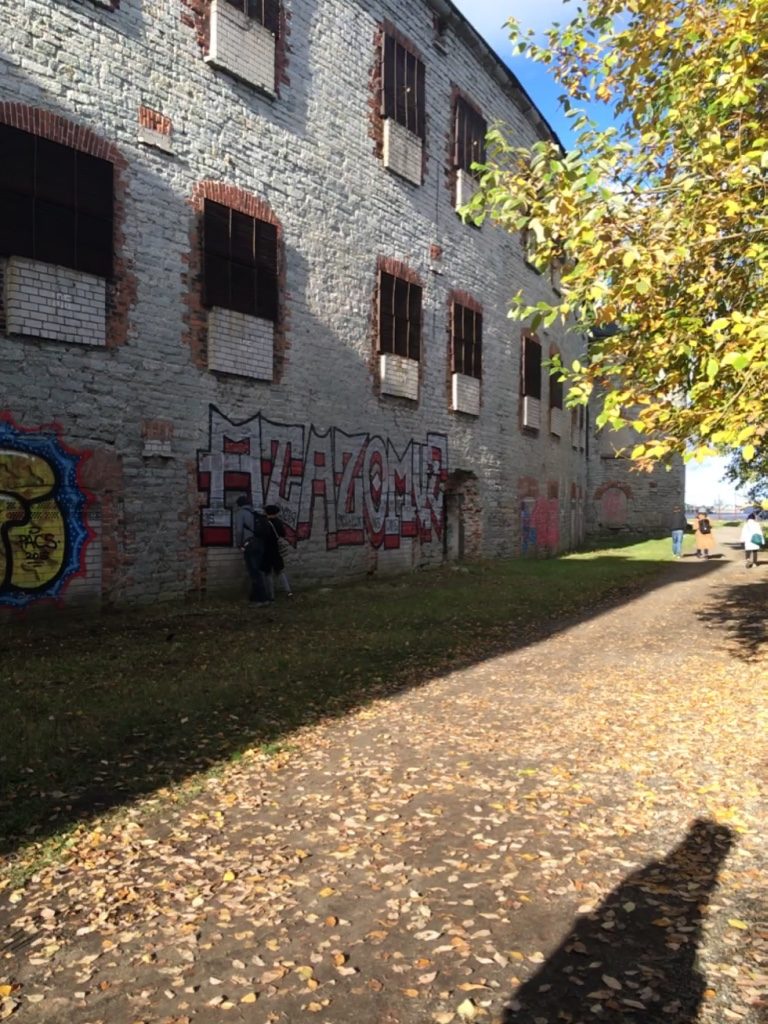 Patarei Merekindlus. Originally built as a fortress in the 19th century to protect the sailing route to St. Petersburg. In 1920, the Patarei sea fortress was turned into a prison that was finally closed down at the beginning of the 2000s.

That afternoon we headed back to the Old Town and had a project workshop where everyone presented their research. 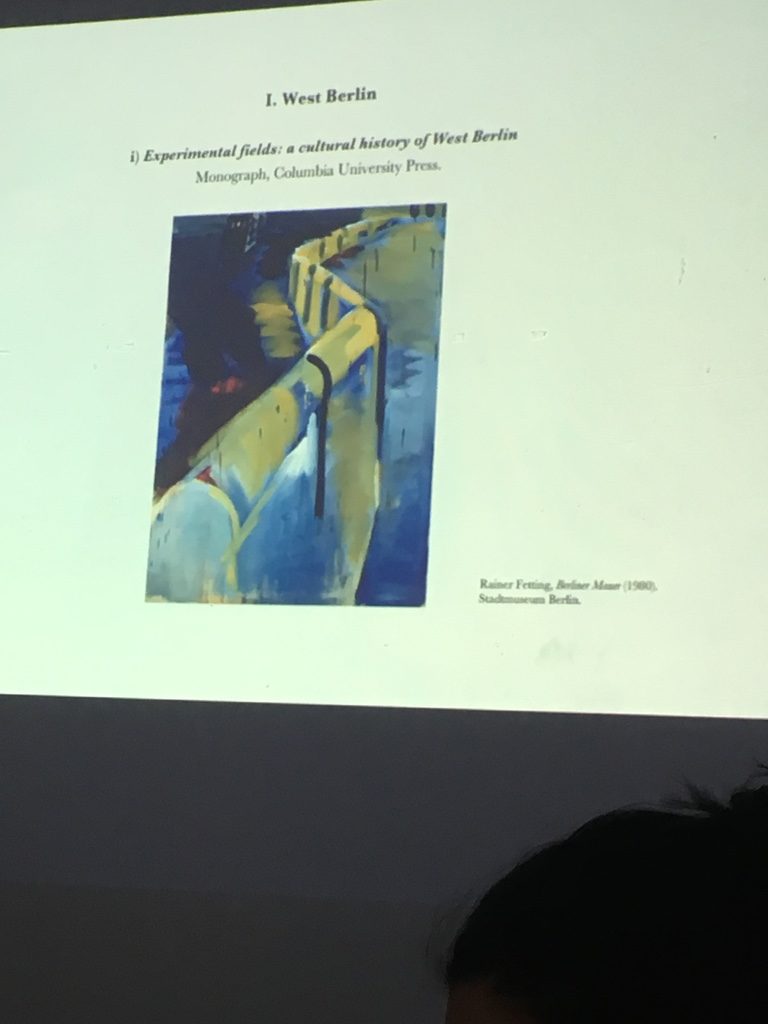 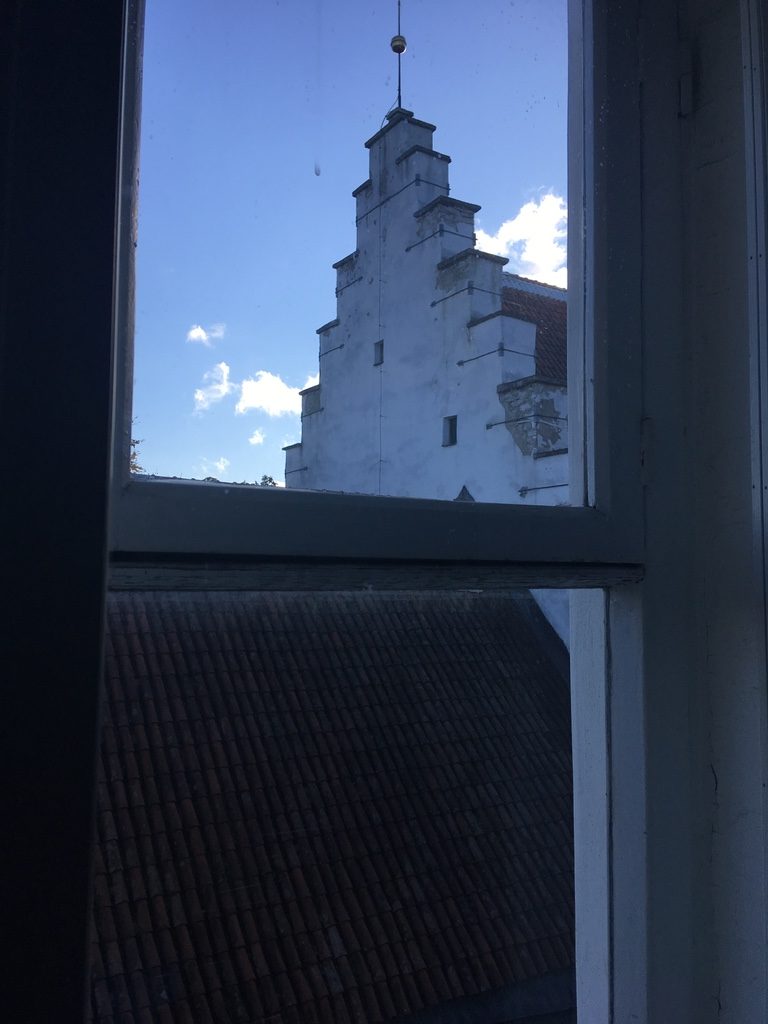 View from the classroom 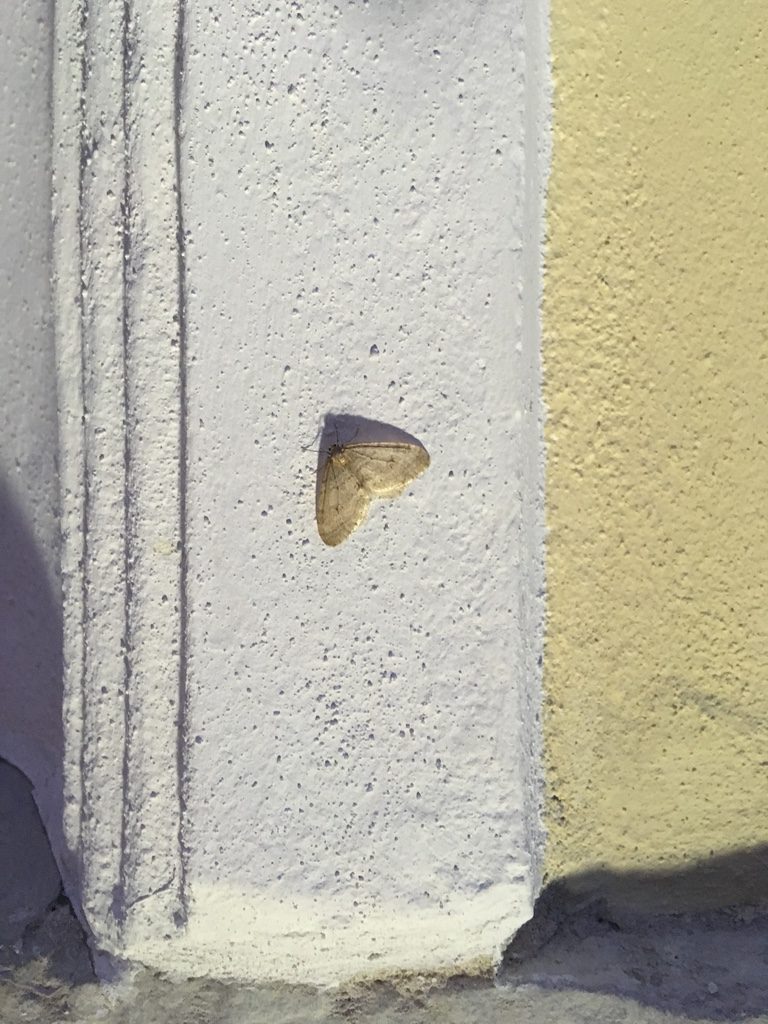